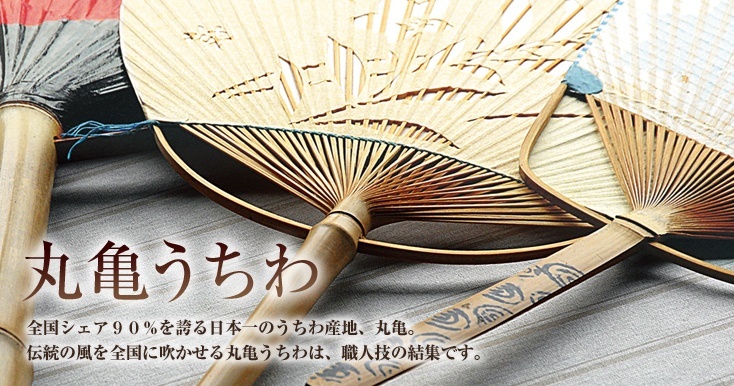 Marugame is Japan's No. XNUMX production center with a nationwide market share of XNUMX%.
Marugame Uchiwa, which blows a traditional wind across the country, is a combination of craftsmanship.