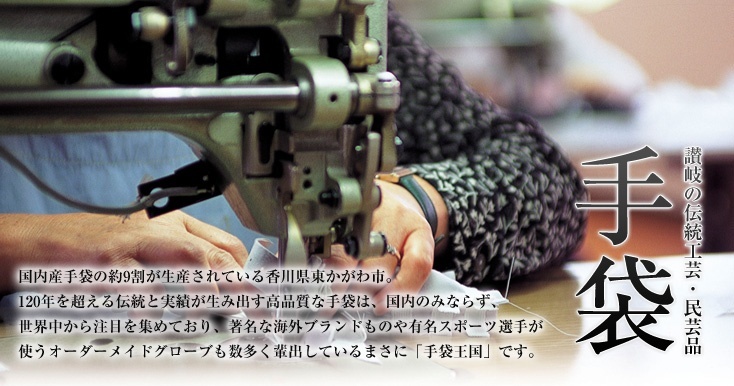 Higashi-Kagawa City, Kagawa Prefecture, where about 9% of domestic gloves are produced.
High-quality gloves produced by tradition and achievements over 120 years are not only in Japan,
Attracts attention from all over the world,
This is exactly the glove kingdom that produces many custom-made gloves used by famous athletes.