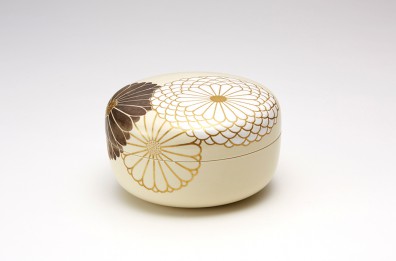 It is said that the first Takamatsu feudal priest, Yoritoshi Matsudaira, called on a potter named Morishima Sakubei in Kyoto to build a kiln near the present north gate of Ritsurin Park. Sakubei changed his name to Kitari Ribei Shigetoshi, and was called Shiho to engage in pottery. From now on, it has been called Ribei ware, and it has been passed down from generation to generation as garden ware of the Takamatsu Domain. After the Meiji Restoration, it became a kiln for the general public, and the Ribei was abolished and changed to Rihei, so it was later called Rihei ware. At present, the 14th generation is making pottery, and tea utensils and vases with seasonal colors and rich local colors are being made.