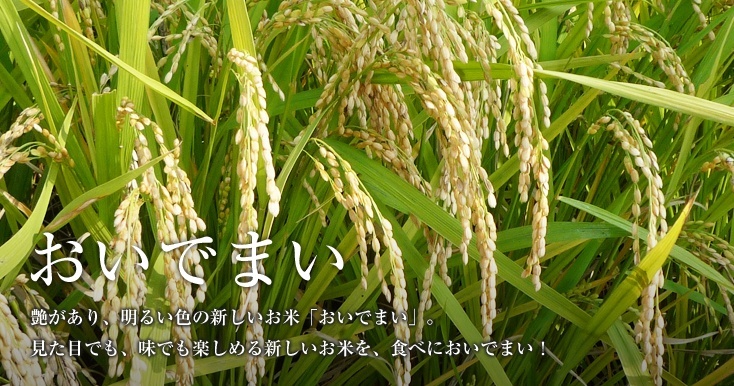 Shiny and brightly colored rice "Oidemai".
Come and eat rice that you can enjoy both in appearance and taste!