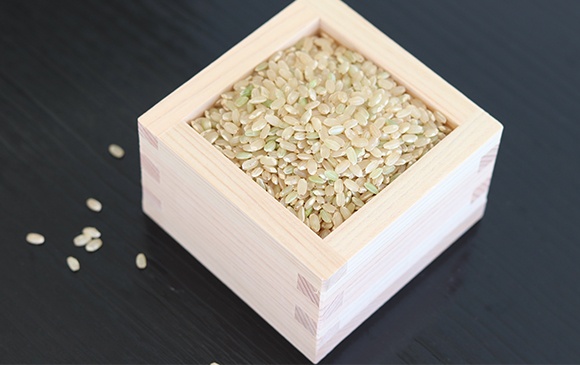 "Sanuki Kimai" was born as a rice for sake brewing based on such a grand concept, "I want to make Kagawa's own local sake with sake rice from Kagawa prefecture." A breed with "Osset" as the mother and "Yamada Nishiki" as the father. Kagawa University began research at the request of the Kagawa Prefectural Sake Brewing Cooperative, and the prefecture succeeded to the breeding test and completed. It is very unusual to become a practical variety with the cooperation of industry, government and academia. The concept started in 1990, but mating was performed in 1995, and after strain selection, it was in 2007 that the variety was registered. “Sanuki Kimai”, born after many years of research, is characterized by low protein content, large grains, and high yield. Sake made with Sanuki Kimai was first shipped in 2007.