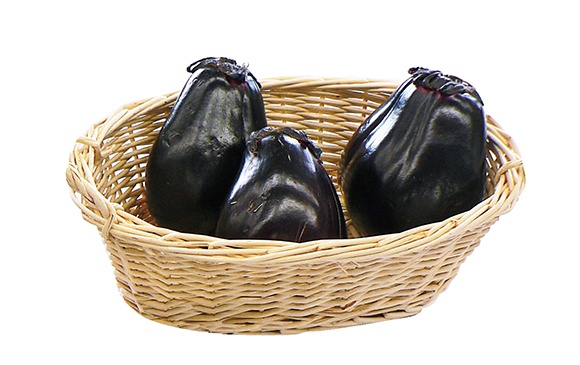 The place of origin is eastern India. It is said that about 250 varieties have been cultivated in Japan since the Nara period and have been cultivated throughout Japan. One of the local varieties, Mitoyo eggplant is about three times as large as ordinary eggplant, and is characterized by its soft skin. It is said that the farmers of Mitoyo who went to the Korean Peninsula in the early Showa period found delicious eggplants and brought back these seeds. Because it takes more time from flowering to harvest than common eggplant, it is a rare vegetable with low yield. 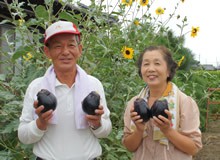 A large eggplant that is about three times as large as an ordinary eggplant. The number of fans is gradually increasing. In western Kagawa prefecture, it has been cultivated for about 3 years, and it is a familiar ingredient in this area. Eggplant is Mitoyo eggplant. Although it had been partially shipped from that time, it seems that it was hardly known in the prefecture because it is not widely distributed. Compared to other varieties such as the well-selling eggplant, which has a long harvesting time of about 40 days and does not last long, it seems that it was mostly consumed locally. The fruit is soft and the skin is thin, so it has a melting texture. In order to let many people know about the delicious Mitoyo eggplant, local producers have been promoting it and are selling it at various places in the prefecture. When you see it, please buy it and try Mitoyo eggplant.
Watch the video report List of local products See recipes using this prefecture product