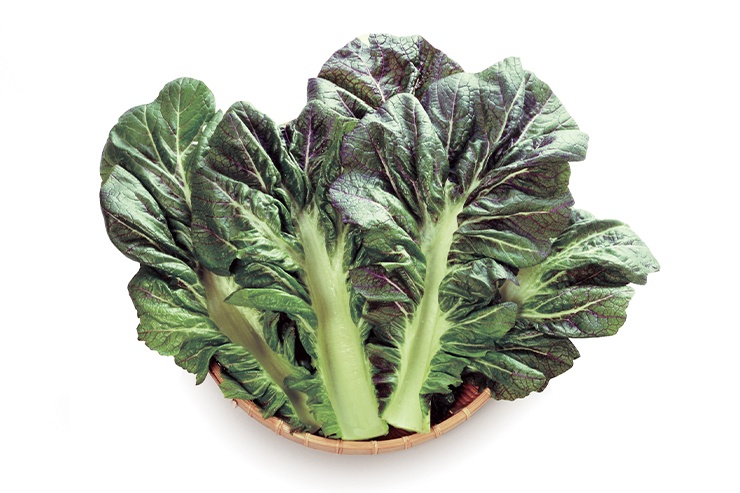 It is a kind of seasonal Takana from October to April and is cultivated throughout Kagawa. In the west of the prefecture it is called "hypka" and in the east it is called "manba". It is said that it became the name of "Manyo = Manba" because it grows large leaves from dark green to dark purple in winter when there are few colored vegetables, and even if you take leaves from the outside, it buds vigorously one after another. It is as nutritious as spinach, and has twice as much vitamin C as spinach. The colder, the softer and sweeter.