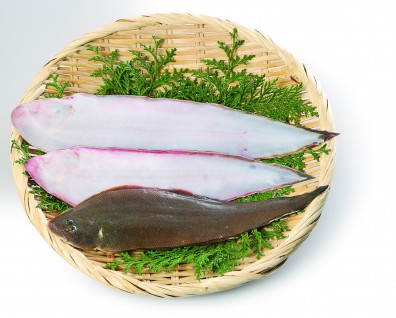 The name "Geta" is a dialect of Koshi-Okayama area of ​​bovine wildflowers. I think the name "Sitabirame" is familiar nationwide. It is flat like a flatfish, and its mouth is not at the tip of the body, it is under the eyes and its fins, tail, and buttocks are connected. Several types are known in the prefecture, and the preference is divided according to the region among the geta, such as Korai-kashibirame, which is preferred around Takamatsu, and Inosinota, which is preferred around Kanonji.