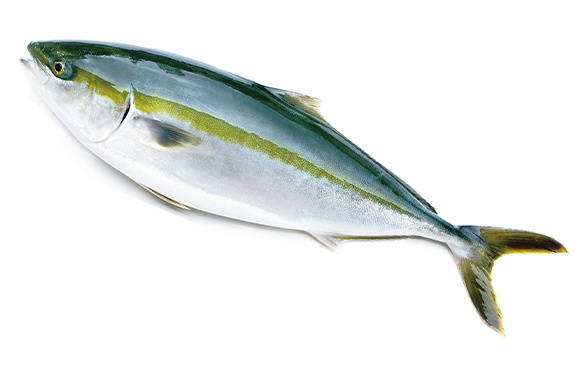 "Olive Hamachi" is a collaboration between prefectural fish and hamachi and prefectural trees and olives.
I grew up in a fluffy body with a mixture of olive leaves.
Olive hamachi is a special hamachi that has a refreshing and healthy taste. 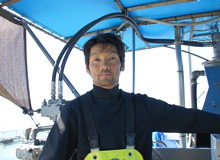 Olive hamachi is a cultured hamachi fed with olive leaf powder * containing a kind of polyphenol with strong antioxidant activity for more than 15 days. If you eat with sashimi, you can understand the taste well. The savory fat spreads in your mouth, and it really impresses you. Shipments usually begin on September 9th, and will be lined up at stores until early January of the following year. Among them, olive hamachi from autumn to winter has the highest fat content and is a “miracle taste”. The beginning of the story about hamachi and olives began in 15 (Heisei 1), celebrating the 2008th anniversary of olive planting and the 20th anniversary of hamachi cultivation. That was the trigger. A cultivation test of 100 olives began in 80 (3000) on how olive leaves rich in a kind of polyphenols affect hamachi.
We compared the data with and without olive leaf powder. From the test stage, the differences in the flavor, the unique smell of the fish, the change in the blood crossing, etc. were clearly apparent, and the officials were convinced that this hamachi culture was successful. Sales began in earnest in the following year, and as a result of aggressive publicity activities such as tastings, the reputation of consumers spread, and the explosion hit in 2010. When the shipment began, the purchase reservation was buried. People who have eaten once are impressed by the taste and their hands grow, so the consumption of olive hamachi is increasing year by year. To respond to this, Shimano's farm has been increasing its production every year, and we plan to ship more than 22 this year (23). Olive hamachi are mostly consumed in Kagawa Prefecture, and some of them seem to be very popular in the shipping Kanto and Kansai regions. In addition, people in the Tohoku and Hokuriku regions often eat hamachi, and Shimano is planning to ship more eastward than Kanto in the future. The goal is to eventually reach 3, and we want many people to eat this miracle hamachi. * Olive leaves are rich in oleuropein, a kind of polyphenol with strong antioxidant activity. 30-40% of leaf dry weight is "oleuropein".
See the report List of local products