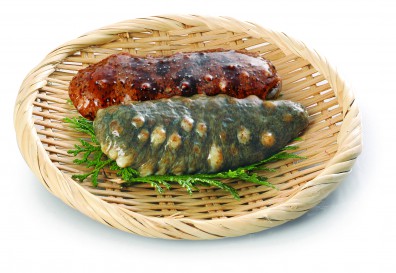 Sea cucumber, which is often traded as a luxury ingredient in Chinese cuisine recently, is a member of the same echinoderm as sea urchins and starfish. What can be taken in the prefecture is "manamako", which is distinguished from "red sea cucumber", "blue sea cucumber", and "black sea cucumber" by body color. It lays eggs in the spring, and since April 4 to October 1, fishing is prohibited by the prefectural fisheries adjustment regulations, so it is a limited-time ingredient that is mainly served at the dining table only in winter.