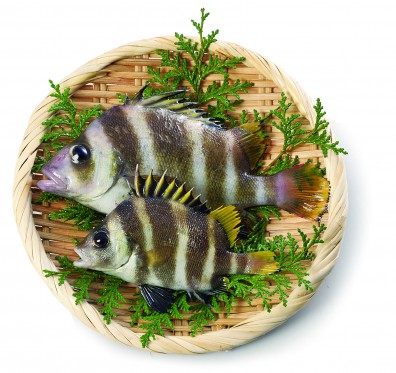 It is a salmonid fish that is called "setai" because it is caught in the Seto Inland Sea. It has a distinctive back fin and is locally called "Bingshi" because of its resemblance to a comb attached to a Japanese haired female alba. Although it looks like a tropical fish at first glance due to the vivid yellow and black stripes, it is a clear local fish. In recent years, catch has increased, and it has become commonplace in supermarkets.