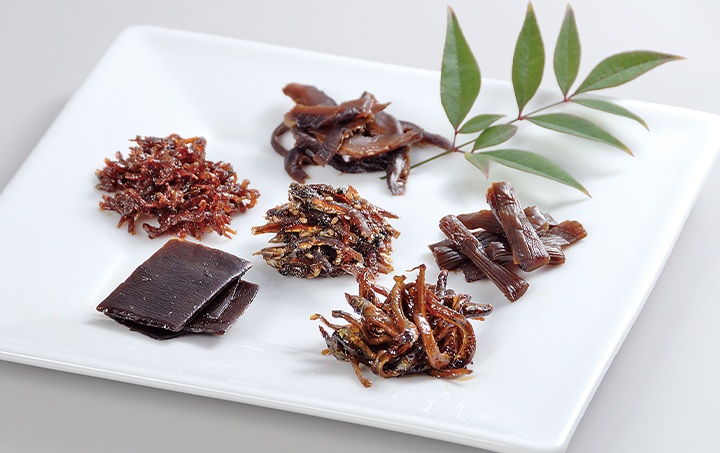 Tsukuda is a specialty of Shodoshima. It began to be made after the war as a secondary processed product of the island's local industry, soy sauce, and has a tradition of more than 60 years. There are currently 17 Tsukudani manufacturers on Shodoshima. Among them, kelp Tsukudani boasts the highest production volume in Japan and became the face of Shodoshima Bussan. In addition, a variety of other ingredients are used, such as Tsukudani made from Setouchi seaweed and lively small fish, and Kunigani made from prefecture-made squid.